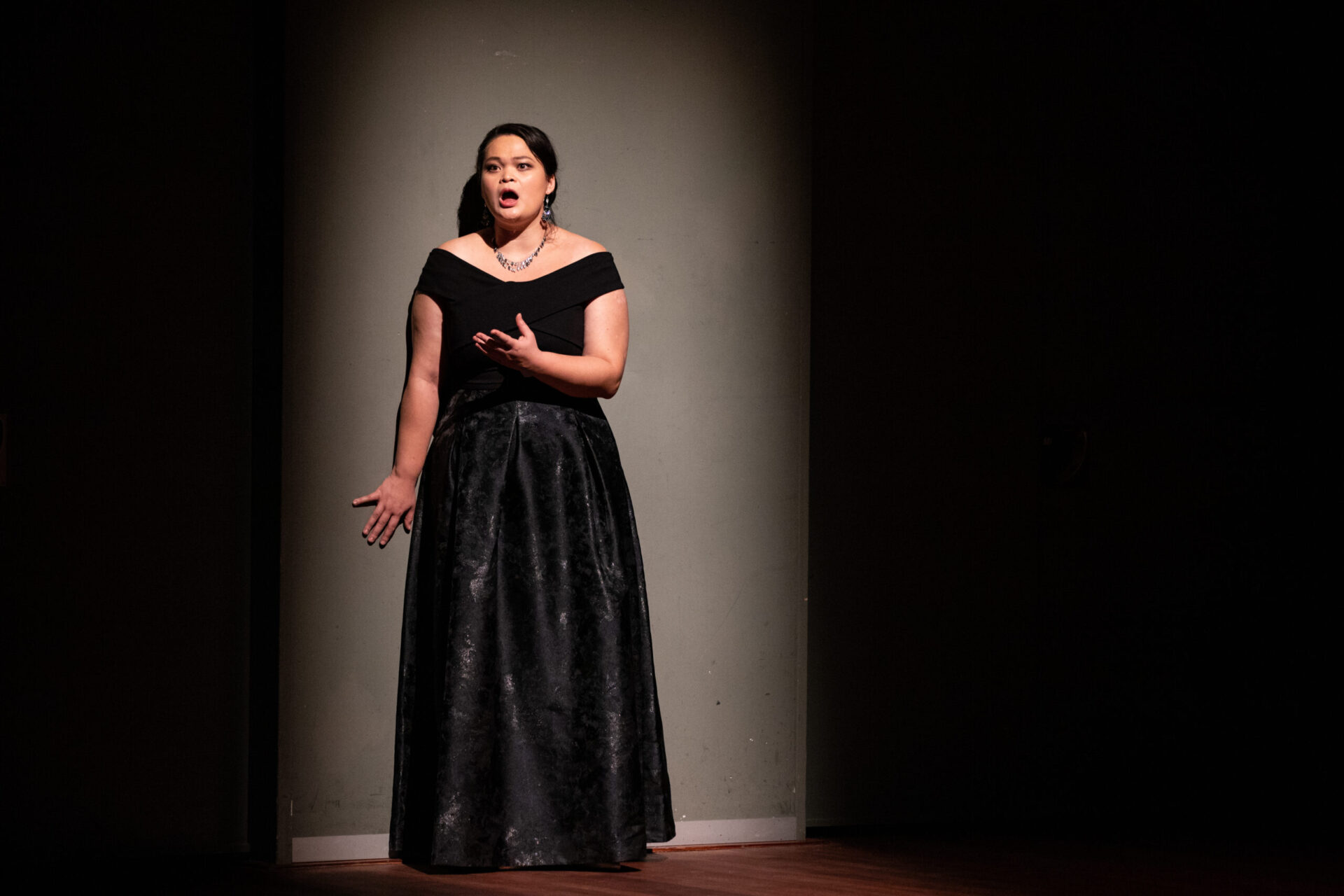 Elenora Hu is a dutch soprano. She was a prize-winner during the Grachtenfestival Conservatory Competition (2019) and the Royal Virginia Zeani Competition (2019). During the 2019/2020 season she gave solo recitals throughout the Netherlands, including Amsterdam during the Grachtenfestival. Furthermore, she participated in masterclasses given by the IVC Bel Canto Summerschool, Kirsten Schötteldreier, and Thomas Quasthoff (at the Koninklijk Concertgebouw, Amsterdam). In 2020/2021 Hu was among the eight singers selected for the “Mozart Masterclass & More” of the IVC in Den Bosch. In 2018 she made her opera debut as La Contessa in Mozart’s Le Nozze di Figaro during the Mediterranean Opera Studio Festival.

Elenora studied at HKU Utrecht Conservatory under soprano Dobrinka Yankova, whilst also being mentored by Nelly Miricioiu. In addition to her studies at the conservatory, Elenora is also an alumna of Leiden University (English language and culture). As a musician and artist, she has been praised for her natural sound, musical sensitivity and remarkable vocal technique. Aside from a varied collection of opera repertoire, she and her coach, Gilbert den Broeder, regularly include artsongs in their recitals. She has also performed as a duo with pianists Albert Colomar and Martin Oei. Passed recitals included: Rachmaninov’s “Op. 38 – Six Romances.” Hanh’s “Venezia.” And Liszt’s “Tre Sonetti di Petrarca.” In January 2020 she and Gilbert den Broeder performed “Deità Silvane” of Ottorino Respighi at the Muziekgebouw aan ‘t IJ (Amsterdam.)